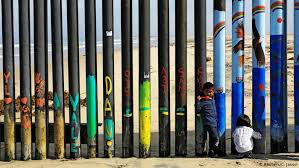 CRISIS AT THE BORDER

The news has moved on, but the crisis continues on our southern border, in our state and in our community.  Come to the Little Compton Community Center to hear three inspirational speakers who have direct experience with this issue. They will speak about how this Administration’s policies look and feel in real life and how you can add your own voice and skills to help those who need it.  Q & A to follow.

• Karla Barber, activist and volunteer witness at detention centers in Texas and Florida

Last summer, like many, Karla was alarmed by the reports of family separations happening at the southern border.  When she returned to Texas in the fall she went to El Paso to witness at the Tornillo Detention Center. When Tornillo closed in January her focus shifted to helping refugee families after their release from ICE detention. When the Homestead Detention Center opened she traveled to Florida to witness. She has made six trips to El Paso and two to Homestead. She is actively involved with the group Witness: Tornillo, Target: Homestead.

​Catarina Lorenzo is the Director of the Alliance to Mobilize Our Resistance (AMOR). Catarina is a Q'anjob'al-Maya woman from Guatemala. Having grown up in a small village in the mountains of Guatemala, she was the first person in her family and one of the first from her village to graduate university. In Guatemala Catarina worked for a number of human rights, women’s rights, indigenous rights, and social justice organizations. Since moving to Rhode Island she has worked as a community organizer and in June 2017 she began work as the director of AMOR. Catarina is also actively engaged in the large transnational community of Guatemalan migrants from her home region, producing and hosting a weekly radio program called ‘Rights in Action’ which airs online and via FM in Guatemala.